There are many ways to get to Trenton’s Cadwalader Park, whether cycling along  the D&R Canal State Park or following the winding path to Ellarslie, the Trenton City Museum.

This summer, Ellarslie has launched an ambitious exhibition, Cadwalader Park: An Olmsted Vision, on view through September 17, with an opening reception Saturday, July 15, 6-9 p.m.

At 109.5 acres, Cadwalader Park is the largest park in the City of Trenton, beloved by those who recall pony rides, picnics, concerts and the balloon man, the monkey house END_OF_DOCUMENT_TOKEN_TO_BE_REPLACED

Stories Waiting to be Told

ONE summer, while visiting her son, daughter-in-law and grandchild in Italy, Rhoda Kassof-Isaac picked up a stone. In its contours she saw faces: eyes, a high hat, an expressive mouth — people with a story waiting to be told. So the Jungian psychoanalyst and artist  painted a face on the small rock.

“It was just a matter of paying attention to what the stone revealed about itself and then drawing it on,” she says.

Soon, it became an obsession, and she began collecting stones in Switzerland, Germany and New Jersey, including outside Stonebridge at Montgomery, where she lives. “It was so much fun, I would put the stones in my pocket and then work on them while waiting in a END_OF_DOCUMENT_TOKEN_TO_BE_REPLACED

From the 19th to the early 20th century, Trenton was one of two major pottery centers in the U.S. (the other being in East Liverpool, Ohio). Its products were shipped all over the country and at its zenith, in the 1920s, Trenton had more than 50 potteries. Everything from teacups to tiles and toilets was made here. Indeed it was in Trenton where the flush mechanism for the toilet was refined.

And while the first bathtub to be installed in the White House was made in Trenton, the capital city also pioneered the development of art porcelain through the introduction in 1882 of “Belleek” china, using techniques developed in Ireland. Among the well-known Trenton potteries were Lenox, Fulper & Stangl, and Boehm. President Nixon gave Boehm “Mute Swan” figures to the Republic of China when he normalized relations. These products and their history are documented in permanent displays on the second-floor galleries at Ellarslie.

Through April 30, however, Breath of Fire, an exhibit of works by 12 contemporary ceramic artists in the Greater Trenton Region—including mythic faces, expressive torsos, flasks END_OF_DOCUMENT_TOKEN_TO_BE_REPLACED

Participating in a community-wide art project hasn’t been this much fun since the creation of “Happy World,” the mural in the Princeton Public Library made by artist Ik-Joong Kang and comprised of square tiles embellished with artifacts contributed by area residents.

For “Interwoven Stories,” under the direction of Diana Weymar, the Arts Council of Princeton Spring 2016 Artist-in-Residence, participants have been invited to embroider a cultural map or a personal page that Weymar will compile into a larger body of work. “I wanted to create a project using an ‘ancient technology’ in a contemporary setting,” she said. 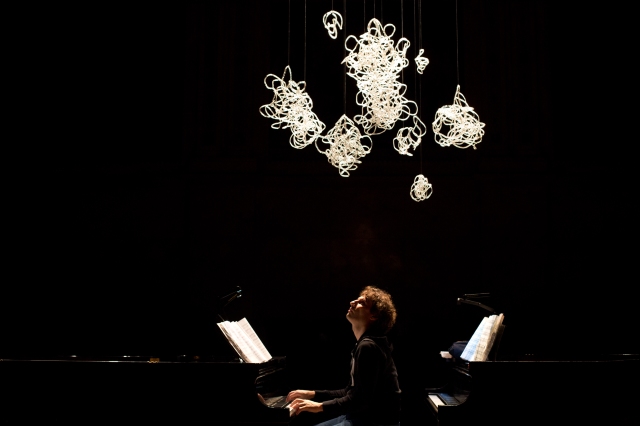 It was the third week in January, and artist Marsha Levin-Rojer was excited to be returning to her studio, where she hadn’t been since the unexpected passing of her husband, Charles Rojer, in November. Yet Charles is still with her, she freely admits. She is surrounded by sculpture the otolaryngologist made when he took classes at the Abington Art Center. A ceramic woman’s head, black as onyx, sits on a spiral wooden pedestal. “He gave it to me for my birthday when we were dating. The only reason he married me,” she END_OF_DOCUMENT_TOKEN_TO_BE_REPLACED 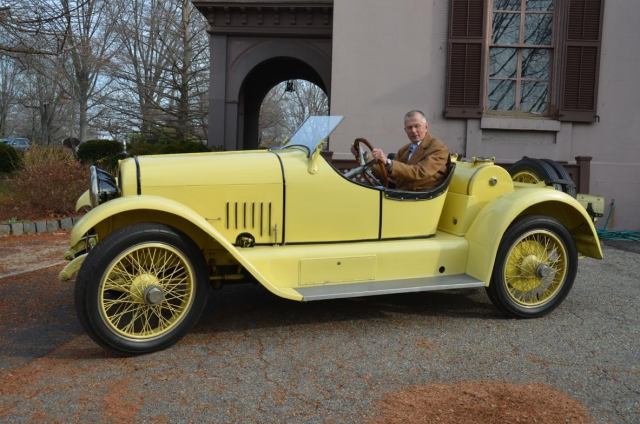 George Ott of Hamilton, New Jersey, in his 1920 Raceabout at Ellarslie, the Trenton City Museum in Cadwalader Park.

If historic preservationist Clifford Zink could travel back in time, he’d have to make at least three stops in New Jersey’s capital city. He’d want to land in 1845, at the site of what is now Waterfront Park, where Peter Cooper started a rolling iron mill. “They were rolling the first I-beams in America,” says Zink. “I’d want to walk around that factory and see the steam-powered operations.”

Next, he’d want to get off the time machine in 1849, to see Brooklyn Bridge designer John A. Roebling & Sons build the largest wire rope factory in the world. Today, Roebling Market occupies that space; Zink offers an historic tour of Roebling Iron Works each year during the annual Art All Night event in Trenton.

His time travels wouldn’t be complete without a stop in 1912 at the Mercer factory on Whitehead Road. “They made about 500 cars a year—that’s about two a day—by hand,” END_OF_DOCUMENT_TOKEN_TO_BE_REPLACED

The Unseen Painter in the Room

Scott Noel is an art school painter. That is to say, he paints life at art school. His scenes are set at the institutions for whom he’s taught: University of the Arts, Arcadia University, Community College of Philadelphia and the Pennsylvania Academy of Fine Arts, where he has been on the faculty since 1996.

Being Realistic About Abstract Art 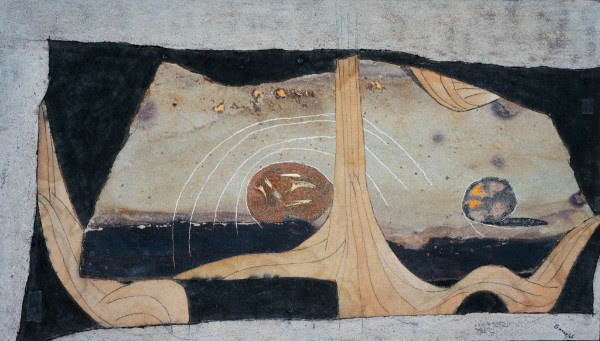 “Of all the arts, abstract painting is the most difficult,” said Wassily Kandinsky (1866-1944), often referred to as the father of abstract painting. “It demands that you know how to draw well, that you have a heightened sensitivity for composition and colors, and that you be a true poet. This last is essential.”

Curator Margaret O’Reilly uses Kandinsky’s quote as the jumping off point for Abstract Expressions: Selected Works from the New Jersey State Museum at The College of New Jersey Art Gallery January 27 through February 28, with an opening reception January 27, 5-7 p.m. On view are works by Mel Edwards, Lee Gatch, Yayoi Kusama, Louise Nevelson and many others.

“When people hear ‘abstraction,’ they think of Jackson Pollock,” says O’Reilly, “or art with no subject. They think ‘I can do that.’ But it’s not so simple. It was groundbreaking END_OF_DOCUMENT_TOKEN_TO_BE_REPLACED

Copper Belly of the Buddha

The Brooklyn studio of Ursula von Rydingsvard is redolent of cedar. For more than 30 years she has been incising monumental cedar forms using a hand-wielded chainsaw. Wearing black pants and turtleneck, von Rydingsvard, 73, runs up and down a flight of steel stairs all day, as well as climbing ladders to look inside her sculpture, before taking a taxi home to her husband, neuroscientist and Nobel Prize winner Paul Greengard.

All around are the 4-by-4-inch cedar beams the sculptor works with. Her abstract shapes are like vessels and suggest primitive dwellings, END_OF_DOCUMENT_TOKEN_TO_BE_REPLACED

Visitors to Grounds For Sculpture observe how Magdalena Abakanowicz’s “Space of Stone”–a work that itself conveys a greater power–is enhanced by the long shadows of the sun sitting low in the sky.

Part of a series that includes major installations in Italy, Korea, Lithuania and Poland, the work seeks to “change sculpture from object to look at to space to experience,” writes the world-renowned sculptor. “I am confronting the imagination of man with the imagination of nature… What is the meaning of man’s creativity in comparison with nature’s wisdom? This coming together of two different powers creates the space to contemplate.

“Sculpture does not decorate but is part of the metaphoric language which conveys more than we can express in words,” she continues. “We must enter it, penetrate, become part. We learn about our scale and the scale of the surroundings.”

One way to get to “Space of Stone” is by walking through a red maple allée. Sunlight seeps END_OF_DOCUMENT_TOKEN_TO_BE_REPLACED